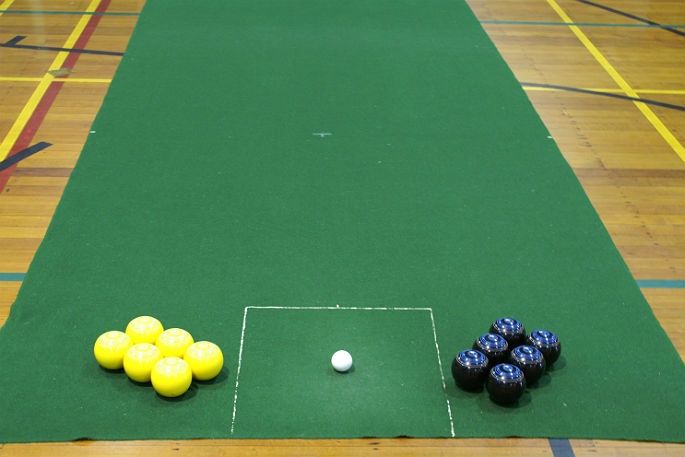 Lisa Gould, Upper Hutt Valley who was not wanted for the North Island team this year has been selected for the 2019 Mat Blacks to play against Australia next year.

Gould will lead in the women's fours and mixed (6-bowl) pairs.

She is one of three new caps that have been named in the "Mat Blacks" the New Zealand Indoor Bowls representative team to play Australia in the Henselite Trophy biennial indoor bowls Trans Tasman Test Match to be held at the Southland Indoor Bowls Stadium, Onslow Road, Invercargill from Thursday 16th May to Saturday 18th May, 2019.

The other new caps are Michael Lawson, Ashburton and Joy Archer, Waikato. Lawson is finally rewarded after representing the South Island for the last 20 years while Archer has made a meteoric rise after making her first appearance for the North Island this year. Lawson will lead in the Men's Fours and Triples while Archer is the lead in the Mixed Fours and Women's Pairs.

Paul Wright, Auckland and Dale Rayner, North Wellington have been recalled but Dale's brother Grant Rayner has been moved to the reserves. Shelley Jacombs, Hutt Valley is named as a reserve for the first time.

L'Ami will captain the side and Keegan is the Vice Captain.

By sporting standards indoor bowls may not grab the attention of the major sports but the 23rd Trans-Tasman international test match between New Zealand and Australia will include all the intensity of a Bledisloe Cup encounter.

For every player selected to represent their country this is the highest honour that can be achieved in the sport and for rivalry and intensity of competition it compares to any sporting encounter between the two countries.

The International test match is held biennially in alternate countries.