Players of the Tournament 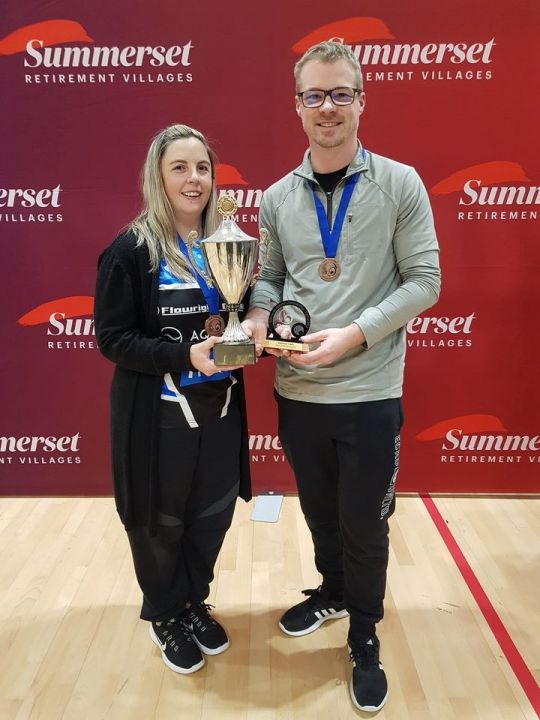 Players of the Tournament
Posted By: NZIB Publicity |

PLAYERS OF THE TOURNAMENT

Open: Ashley Diamond and Sheree Holmes had a fantastic week, featuring in all three team events with only the eventual winners able to topple them.

They earned a bronze medal after losing to Alex Reed in the pairs semi final; a silver medal after finishing second to David Archer; and another bronze in the fours after Shelley Jacombs played a winning last bowl.

Masters: Linda Mills was a force to be reckoned with on the Masters scene, having won both Pairs and Triples titles, a last 8 in the singles, and a last 16 in the fours, to be a clear top performer.

Nigel Warnes is also worthy of a mention, having had 17 post section wins across both open and masters events.  He won the Masters Singles and made three semi finals across the Masters Pairs, Open Triples and Open Fours.  What a week!