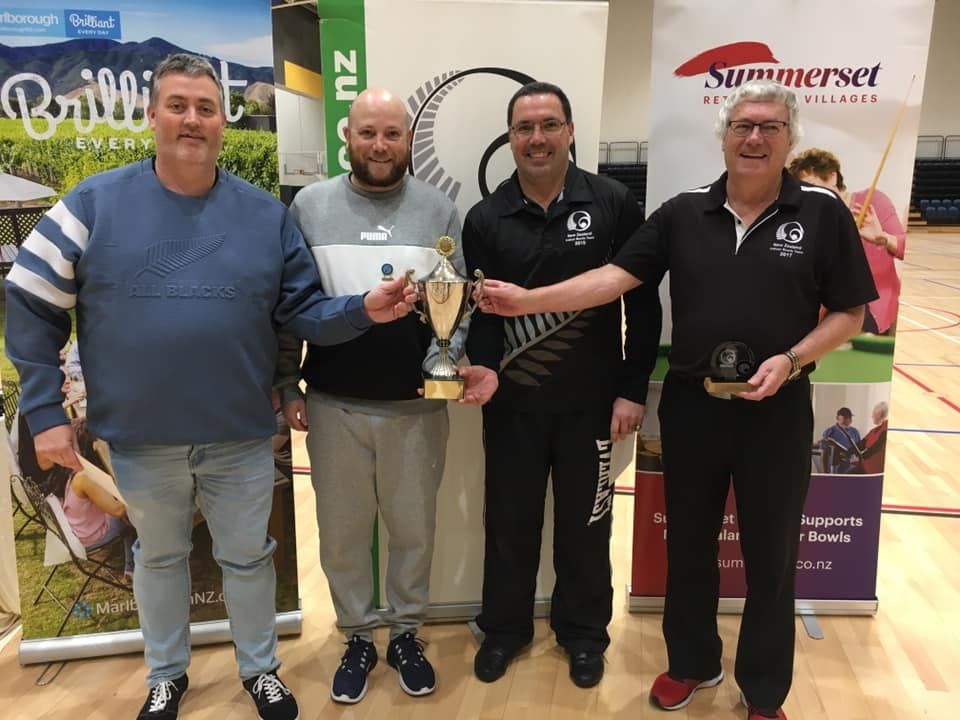 The Robertson Trophy and Rayner Trophy, awarded to the open and masters player of the tournament respectively, were both shared this year.

It was no surprise to see Simon Thomas, Gary Low, Graham Low and Shaun Blackbourn as Players of the Tournament in the open event.  All four players had an amazing week - Simon with two semi-finals and a second; Gary and Graham with a second and a first; and Shaun with two firsts.

Waikato won the Patron’s Cup and President Joy Archer thanked the 60+ players who all attended the nationals. It was great to see so many featuring.