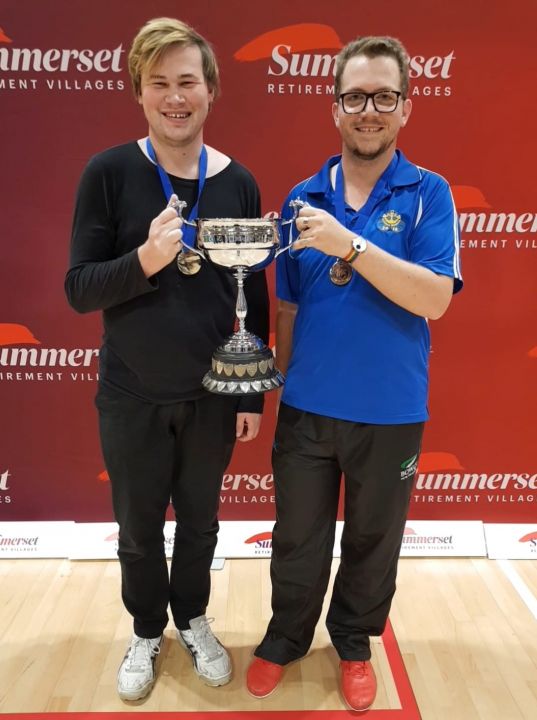 Alex Reed and Colin Williams, Waikato, have won many a pairs tournament over the past decade, but clinching a National Pairs title is well and truly icing on the cake.

Despite their tough opposition in Simon Poppleton, Nathan Trowell, Frank McKenna and Geoff Best, the Waikato pair were able to execute four comfortable wins and advance into the semi final.  It was here they encountered a close match against current NZ Mixed Pairs champions, Ashley Diamond and Sheree Holmes, where the game was neck and neck all the way.  One point to Reed and Williams on an extra end is all that separated the two teams, giving them the nod into the final.

The other semi final was equally close with Southland superstars Gary and Graham Low up against local North Wellington hopes, Reece Wickenden and Christine Crook.  It was the Low's who snuck through in the end, making it their third consecutive National Pairs final.

An impressive record, made even more impressive by their recent South Island Championships trifecta, the father-son combination of Gary and Graham were hoping to earn the gold this Nationals; however, Reed and Williams brought their A game and achieved their first national titles.

Frank and Sharon McKenna won the Bob Malcolm Memorial Trophy for married couple going the furthest, defeating Kevin and Marie Crighton in a play off.

Congratulations to all placegetters.