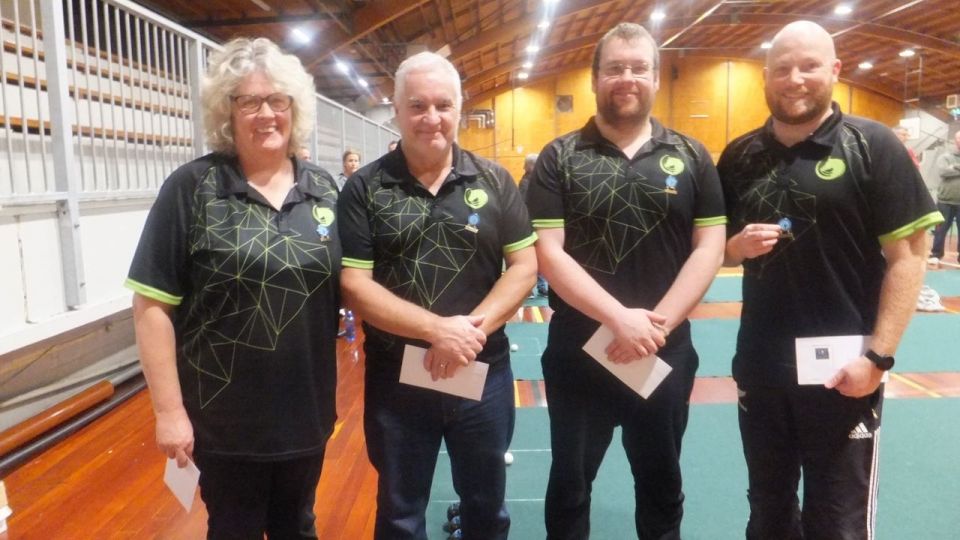 They were the defending fours champions and this win gave David his third Island Championship title and James his fourth.

In the final they defeated a composite team of two Bay of Plenty players Derek and Gina Owen and two Hawkes Bay players Erik and Chrissy Chilton playing out of the Rotorua Citizens Club 15-6 in a one sided final.